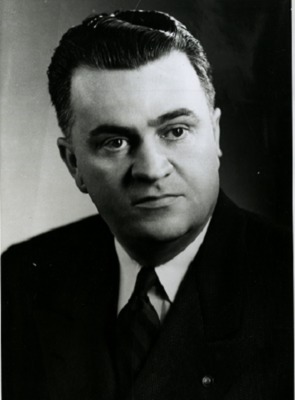 Eldine William Dunbar was born in 1899 and died in 1989. At the time of the 1946 General Conference Session he was Young People's Missionary Volunteer secretary.

Dunbar's obituary in the Review and Herald, March 16, 1989 described his denominational service, saying that he was "most noted for his work with Adventist youth. He worked with youth for 39 years, becoming a youth leader in the General Conference in 1944. Dunbar led in organizing the Pathfinder Club and was instrumental in setting standards for the youth organization's Master Guide level."